In this example, we will make the Expandable ListView which is similar to an accordion view.

For those who have heard Accordion for the first time; Accordion is frequently used in HTML which is like the expandable list in mobile development.

In this example, we will create an expandable component called ExpandableItemComponent in which will be used as a single expandable item and will take the value dynamically using the prop. In our Main App class, according to the data, we will add this expandable component to a scroll view by passing the data with the help a loop.

App.js (For Multiple Expand at a Time)

App.js (For Single Expand at a Time) 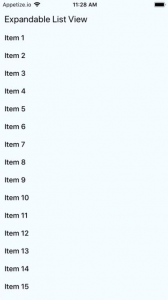 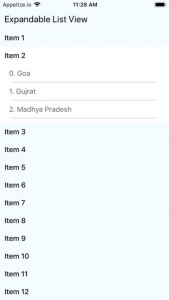 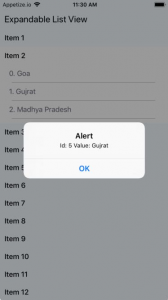 This is how you can make an Expandable List View in React Native. If you have any doubt or you want to share something about the topic you can comment below or contact us here. There will be more posts coming soon. Stay tuned!

26 thoughts on “Example of Expandable List View in React Native”