The problem “null is not an object (Evaluating ‘NativeModules[“SQLite”][method]’)” is related to SQLite database. When I made the tutorial Example of SQLite Database in React Native everything was well but after some time when React Native version was updated, I faced this issue.

While working with SQLite in React Native you can face the problem “null is not an object (Evaluating ‘NativeModules[“SQLite”][method]’)”.

If you are working with React Native Version > 0.60 then you have realized that linking of libraries is becoming better then the old version of React Native. In the old version, we have to do some manual changes for the linking in some cases but in the updated version (0.60+) linking is becoming very easy but in some cases, it creates the problem.

For those who have no idea about what linking is, When we are using the native features like local database gesture handlers etc then we have to make some change in the native projects like Android requires some additional dependencies in the Gradle file and some changes in setting file similarly IOS needs some additional dependencies which can be managed by pod files.

Jump into the Project and then in IOS directory using

and here you will see the updates regarding the installation of linking packaged. 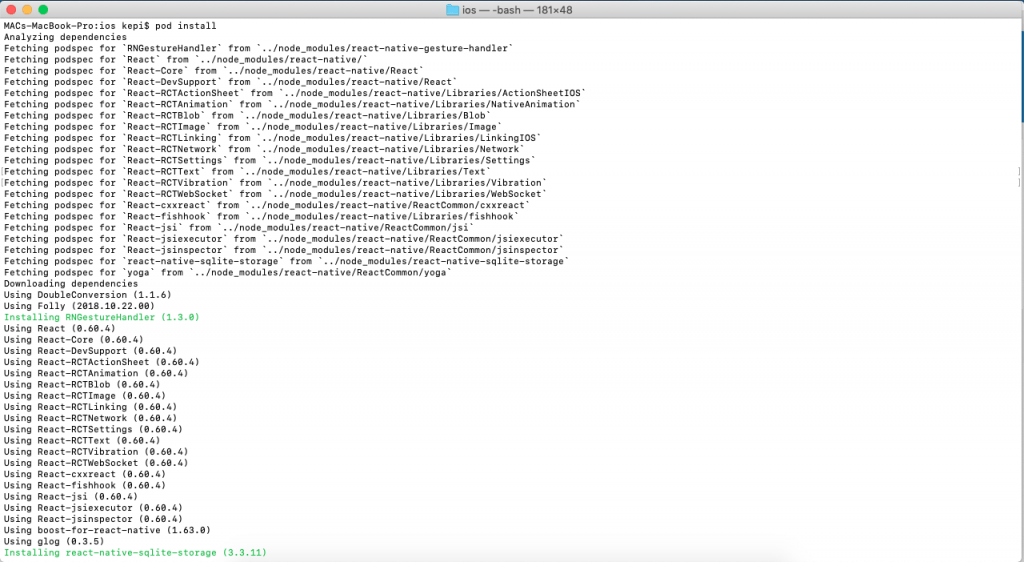 While getting this error I tried to solve it by finding it on the internet but nothing was working. So I followed the following steps and it is solved now.

As I was using the react-native:0.58.4 and the defined version was react-native:0.14.+, so just removed the version and added plus(+) for the latest version available and it worked for me. I have also updated compile with implementation because of Gradle 3.+ that Google announced at IO17. If you have no idea about the compile to implementation update then you can visit here, You will find the detailed answer to your question.

Please have a look blow for updated YouSQLiteProject/node_modules/react-native-sqlite-storage/src/android/build.gradle file.

Hope you have also solved your problem. If you have any issue or you want to share something about the topic you can comment below or contact us here. There will be more posts coming soon. Stay tuned!