If you want the user to log in once and don’t want to log in again when the user opens the app after some time then, you have to store any variable in the app which can be checked and according to that, we will show the screen.

AsyncStorage can only be used to store small values in the form of a key and value pair because it has some limitation to store the data. You can store your value with respect to any key and then can access the value using the key again. It works perfectly on both platforms (Android and IOS).

To Import AsyncStorage in Code

Store the value in AsyncStorage

Get the value from the AsyncStorage

In this Example. We will see the use of AsyncStorage by storing some value and after that, we will retrieve the value from the same key. So let’s get started.

This command will copy all the dependency into your node_module directory. –save is optional, it is just to update the @react-native-community/async-storage dependency in your package.json file.

Now, Open App.js in any code editor and replace the code with the following code. 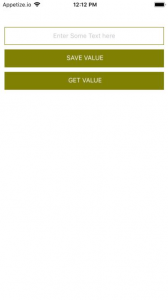 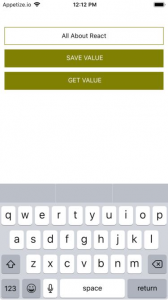 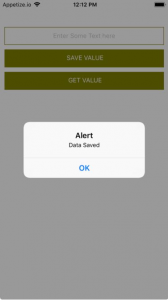 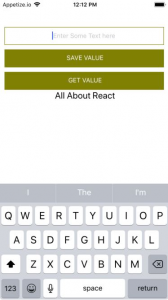 That was the React Native AsyncStorage. If you have any doubt or you want to share something about the topic you can comment below or contact us here. The remaining components will be covered in the next article. Stay tuned!