This is an Example to make a Gift Card Screen using react-native-confetti-cannon for Android and IOS devices. You can create any types of screens using react-native-confetti-cannon. You have seen this type of animations whenever you got a gift vouchers or any cash back amount. Have a look at the simple code and comment below with more suggestions and amazing idea which can be done using Confetti Cannon.🙂

In this example, we will see how to create a Gift Card Screen using react-native-confetti-cannon. So let’s get started.

For this example, we will create a gift card using Basic View and Text Component provided by React Native. We have created a state shoot which will decide the fire of Confetti Cannon.

To use ConfettiCannon component we need to install react-native-confetti-cannon dependency.

–save is optional, it is just to update the react-native-confetti-cannon dependency in your package.json file. 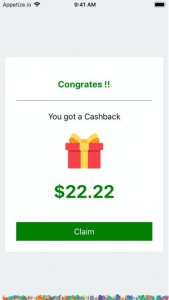 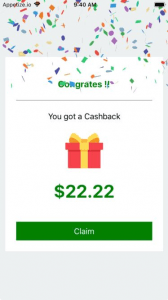 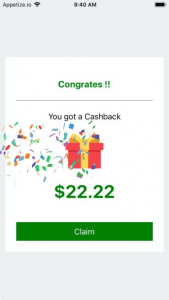 This is how you can create a Gift Card Screen using react-native-confetti-cannon for Android and IOS. If you have any doubt or you want to share something about the topic you can comment below or contact us here. There will be more posts coming soon. Stay tuned!