This is an Example to Create Custom Shapes Like Square, Circle, Triangle, Rectangle, Oval in React Native. In this example, we will see how to make custom Shapes in React Native. This example will give you an idea about the basic shapes and will help you if you are making some basic 2D game or some other stuff which needs to have different shapes. So Let’s get started.

We are going to use StyleSheet to make different shapes and will set a different style on a view using different states. Here are the style sheets for the different views:

Let’s Jump into the code to make different shapes. 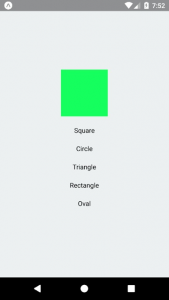 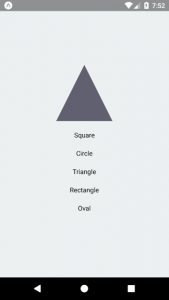 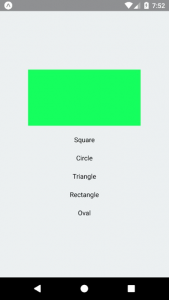 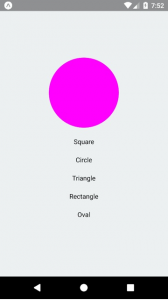 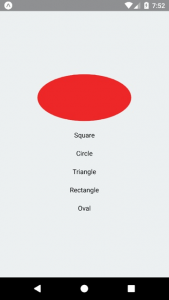 This is how you can create custom shapes like Square, Circle, Triangle, Rectangle, Oval. If you have any doubt or you want to share something about the topic you can comment below or contact us here. There will be more posts coming soon. Stay tuned!