This is an Example to create a React Native Tree View using react-native-final-tree-view for Android and IOS devices. A Tree View is simple a hierarchical view which is used to show the parent-child relationship between the data. You can simply understand the Tree View using the following image. In the below image the yellow ball is the parent and green ones are the children of the yellow ball. Please remember tree structure has no child limit so green children can also have the child and there can be more child under them. 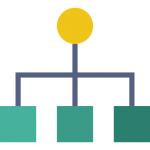 In this example, we will see how to create a TreeView in React Native. So let’s get started.

We are going to use TreeView component from  react-native-final-tree-view library.

For this example, we are going to use dummy data array to make a screen with 2 parents having multiple child hierarchy under them.

To use TreeView we need to install react-native-final-tree-view dependency.

–save is optional, it is just to update the react-native-final-tree-view dependency in your package.json file. 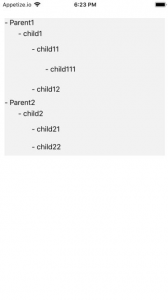 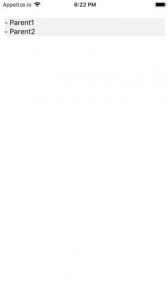 This is how you can make a React Native Tree View for Android and IOS using react-native-final-tree-view. If you have any doubt or you want to share something about the topic you can comment below or contact us here. There will be more posts coming soon. Stay tuned!