You can see the use of a screen control feature if you have ever used any UPI or payment transaction app, where you need to scan the QR code for the payment. While scanning the QR code the brightness should be high so that QR code will become more clear other to scan. In this case, you need a screen brightness control feature to provide a better user experience.

To Set the Brightness of the Screen

To Get the Brightness of the Device

To get the Screen brightness at any point you can use

To use Slider and ScreenBrightness component we need to install react-native-community/slider and react-native-screen-brightness dependencies.
To install this open the terminal and jump into your project using

After linking the dependency if you face  Could not Compile Settings File project/android/settings.gradle error while building and installing the project then you can find the solution here.

Hurree!! it is ready for IOS but for Android devices, you need to add some additional permission for that so open the manifest file of your Android project and add

If you are facing any issue while running the project in an Android device then please scroll down for the solution. 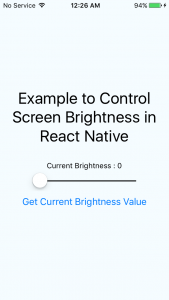 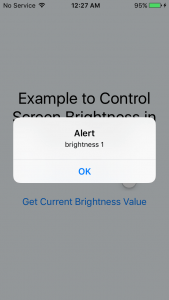 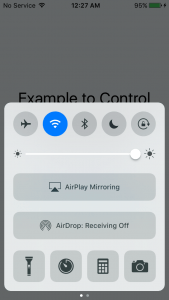 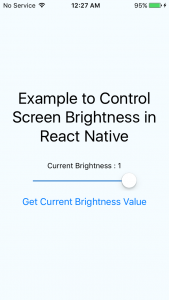 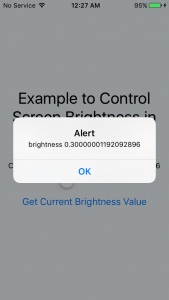 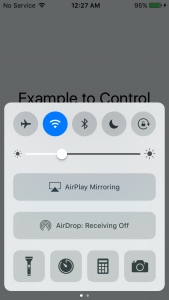 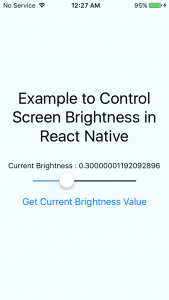 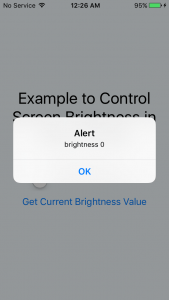 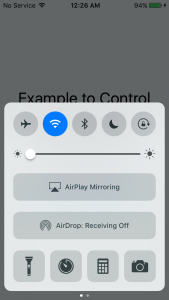 If you are facing the issue in android devices then please follow the below steps:

1. You need to open the project in Android Studio. If you have no idea how to do it then open Android Studio and click the open project option and select the YourProjectName>android directory and click open. Probably you will see the following error.

2. Now Open Project Level build.gradle and make sure it is updated like this.

3. Update the build.gradle file of Module:react-native-screen-brightness to the same compileSdkVersion, buildToolsVersion, minSdkVersion, targetSdkVersion as mentioned in your Project Level build.gradle. Here is mine

4. Now You can see the react-native-screen-brightness directory in the left navigation. Click to expand it and under that expand java and then expand the package mentioned. you will find two java files ScreenBrightnessModule and ScreenBrightnessPackage files their.

5. Please replace the content of both java files with the attached java files. Both files have some changes which are very hard to explain one by one as we have to replace some method so instead of making the changes override the code with these attached Java files.

a) ScreenBrightnessModule.java (Please remove .zip in the file name after download)

b) ScreenBrightnessPackage.java (Please remove .zip in the file name after download)

6. If you have linked your project properly then you have seen an additional line new ScreenBrightnessPackage in MainApplication. Here you can see the red underline. Now to resolve this just pass a random number in it.

7. Now run your project again I hope everything will work well.

9. Meanwhile, if you run the app in your android device you will see this yellow box.

which shows “Unable to set system brightness” because you have no permission to change the system settings. To solve this issue Open Settings option of your device > Apps & Notifications > App > Search for the YourApplicationName and open the app info by clicking on it.

10. In the last of the Info, you will see Write system settings click on it and switch it on. Now you are good to go.
11. Open your App again and try, It should work now. 🙂

This is how you can Control Device Brightness from React Native App using react-native-screen-brightness for Android and IOS. If you have any doubts or you want to share something about the topic you can comment below or contact us here. There will be more posts coming soon. Stay tuned!