This is an Example to Set Alpha Opacity / Transparency of Image View in React Native.  In this example, we will set the alpha opacity of the Image View. It is useful when you use the image in the background and show something over it like we generally do in Splash Screen of the App where we have an Image in background and Application name and logo over it. In this situation, you have to change the opacity of the image to enhance the visibility of the text or another component over it. We will set the opacity in style to reduce the visibility of the image. So let’s get started. 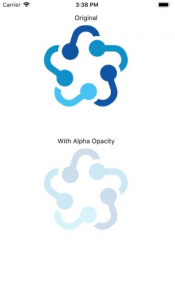 This is how you can Set Alpha Opacity / Transparency of Image View in React Native. If you have any doubt or you want to share something about the topic you can comment below or contact us here. There will be more posts coming soon. Stay tuned!