Here is an example of React Native SnackBar. We will use react-native-snackbar-component to generate Snackbar in React Native.

React Native SnackBar is a completely new way to show alert to the user. While using an Alert dialog we block the user’s visible area and force him to click on the screen to continue but in case of SnackBar, we show a small strip below the screen by adjusting the view. it comes up from the bottom (we can also remove it after a certain time). It also has an action text which will help you to perform some action. For an example, you have seen Gmail App which notifies you after removing the Emails and gives you an action button also to revert your action.

In this example, we will show the Snackbar on a click of a button and will generate an alert while clicking on the action button of Snackbar. So let’s get started.

To use Snackbar in our project we have to import react-native-snackbar-component library.

–save is optional, it is just to update the react-native-snackbar-component dependency in your package.json file. 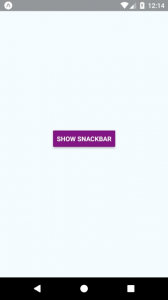 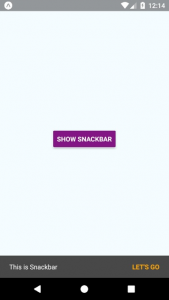 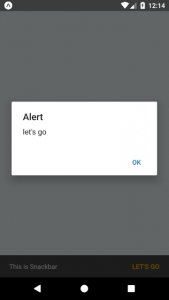 That was the React Native SnackBar. If you have any doubt or you want to share something about the topic you can comment below or contact us here. There will be more posts coming soon. Stay tuned!