For those who are confused in Statusbar and Actionbar, here is the difference

To Import StatusBar in Code

The react native StatusBar component only support backgroundColor for Android only. So to change the color of the IOS status bar you have to wrap the Status Bar with a view which will have a hight of the status bar and background color.

In this example, we will see how you can add Statusbar in your React Native application. So Let’s get started

To set the background color of the status bar in IOS also here is the modified code with additional View over the Status bar. 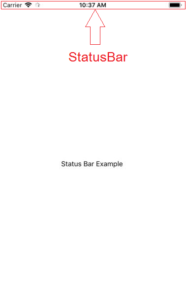 That was the React Native StatusBar. If you have any doubt or you want to share something about the topic you can comment below or contact us here. The remaining components will be covered in the next article. Stay tuned!