This is an example to show how to do Speech to Text Conversion in React Native – Voice Recognition. This is a very demanding feature from many of the customers after the success of intelligent voice assistances like Google Home and Amazon Alexa. To make your app different from another app you can implement voice recognition feature while making search filters. In the current scenario, many applications have voice search with text input search where they provide either search by text input or can search by voice.

Here we are going to see how can we convert voice to text and can get the texts as a result with the help of voice recognition.

For Voice Recognition in React Native

When we initialize the screen we set some event callbacks in the constructor which looks like the code snippet given below. You can see we are providing a function for the SpeechStart or for the Speech End and so on. So this are the callbacks basically which will be called automatically when the event happens.

Destroy the session of Voice Recognition

I think this is enough to know about the library, now let’s move towards the code. In this example, we are going to make a screen with a mike icon which will be the clickable button for us and after clicking onto that we will start voice recognition. In the whole process, we will get the status of everything in the functions we have set for the callback. We can also stop the speech to text conversion by using stop,  cancel and destroy button.

One more point I want to add in this is we will get two types of results while and after voice recognition which are:

Now let’s get started with the example and see how to convert speech to text.

To use Voice component we have to install react-native-voice dependency. To install the dependency open the terminal and jump into your project

After the updation of React Native 0.60, they have introduced autolinking so we do not require to link the libraries but need to install pods. In this example, we need to install the pods for react-native-voice.

Permission to use microphone and speech recognition for IOS

Please follow the below steps to add the permission in the iOS project to use the microphone and speech recognition.

1. After opening the project in Xcode click on the project from the left sidebar and you will see multiple options in the right workspace.

2. Select info tab which is info.plist 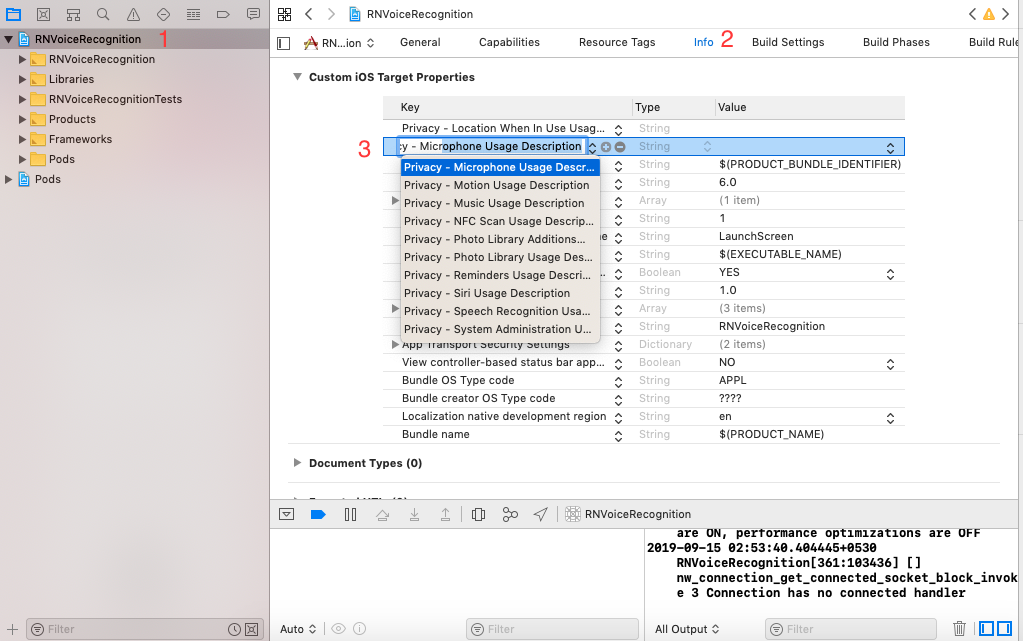 Code to Convert Speech to Text 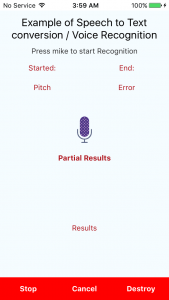 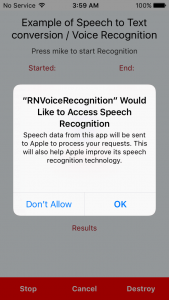 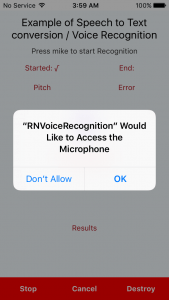 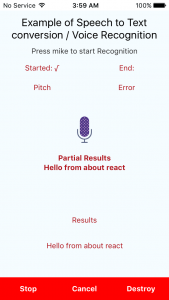 This is how you can do speech to text conversion / Voice Recognition in React Native. If you have any doubt or you want to share something about the topic you can comment below or contact us here. There will be more posts coming soon. Stay tuned!