Just like other JavaScript frameworks React Native also requires npm to manage the dependency so here is the Latest Guide to Install npm and node js in Mac OS.

For those who are new in the Javascript framework world

We can say that npm is a package manager for Node.js with hundreds of thousands of packages.

Although it does create some of your directory structure/organization, this is not the main purpose. The main goal, as you touched upon, is the automated dependency and package management.

Before you can install Node, you’ll need to install two other applications. Fortunately, once you’ve got these on your machine, installing Node takes just a few minutes.

1. First of all, you need to check whether Homebrew is installed in your Mac or not? To check this run

else will show brew: command not found

2. If you have Homebrew installed then you can skip this step else install Homebrew using 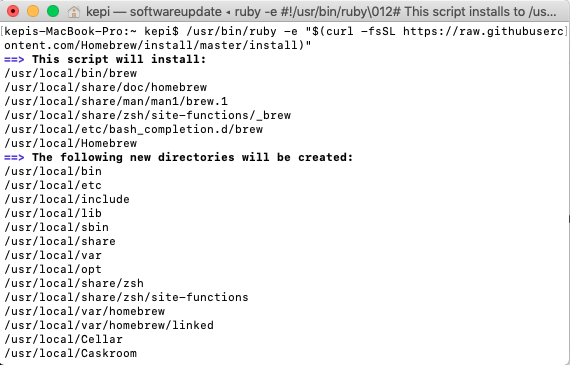 3. Now after installing brew you can run the following command to install node and npm in your Mac. This will completely install node into your Mac. 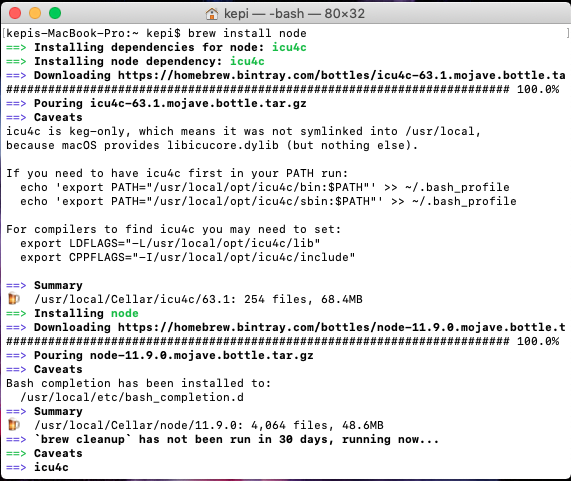 4. After installation of node. You can check using

This will show the installed version of node and npm in your Mac.

5. Now install watchman (It is a tool by Facebook for watching changes in the filesystem)

6. Install JDK (If you already have JDK installed in your system then you can skip this step, make sure it is JDK 8 or newer.)

7. Install React Native CLI: Node comes with npm, which will help you to install this using

How to Update Node and NPM

New versions of node and npm come out frequently. You can use Homebrew to update the software it installs.
1. Make sure Homebrew has the latest version of the Node package

How to Uninstall Node and NPM

You can use Homebrew to uninstall packages

This was the best way to install the nodejs and npm in Mac OS. If you are facing any problem or if you have any doubt about the topic you can comment below or contact us here.

Hope you liked it 🙂