ATOM code editor is a modern, approachable, yet hackable editor made for the 21st century. Atom is widely used by developers for all major technologies. It has a huge active community hence there are always enhancements/plugins available for everything. 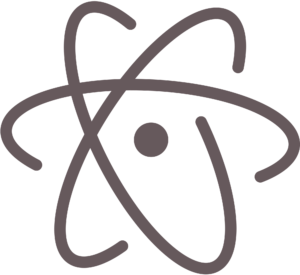 To start working with ATOM go to https://atom.io and download the ATOM setup as per your OS.

To install ATOM code editor in Windows you can download the executable file and follow the installer instructions to install the editor.

To install ATOM code editor in Linux operating system you can download the .deb file (atom-amd64.deb) and can run the following command on the terminal to install it in your Linux machine.

For Example, my .deb file is in the Downloads directory so the command will become

After running the above command run the following command

This will install the Atom code editor in your machine. Now you can search for the Atom from the search menu or in your program files. 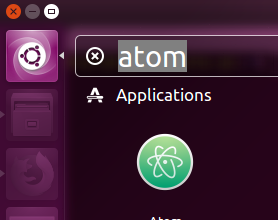 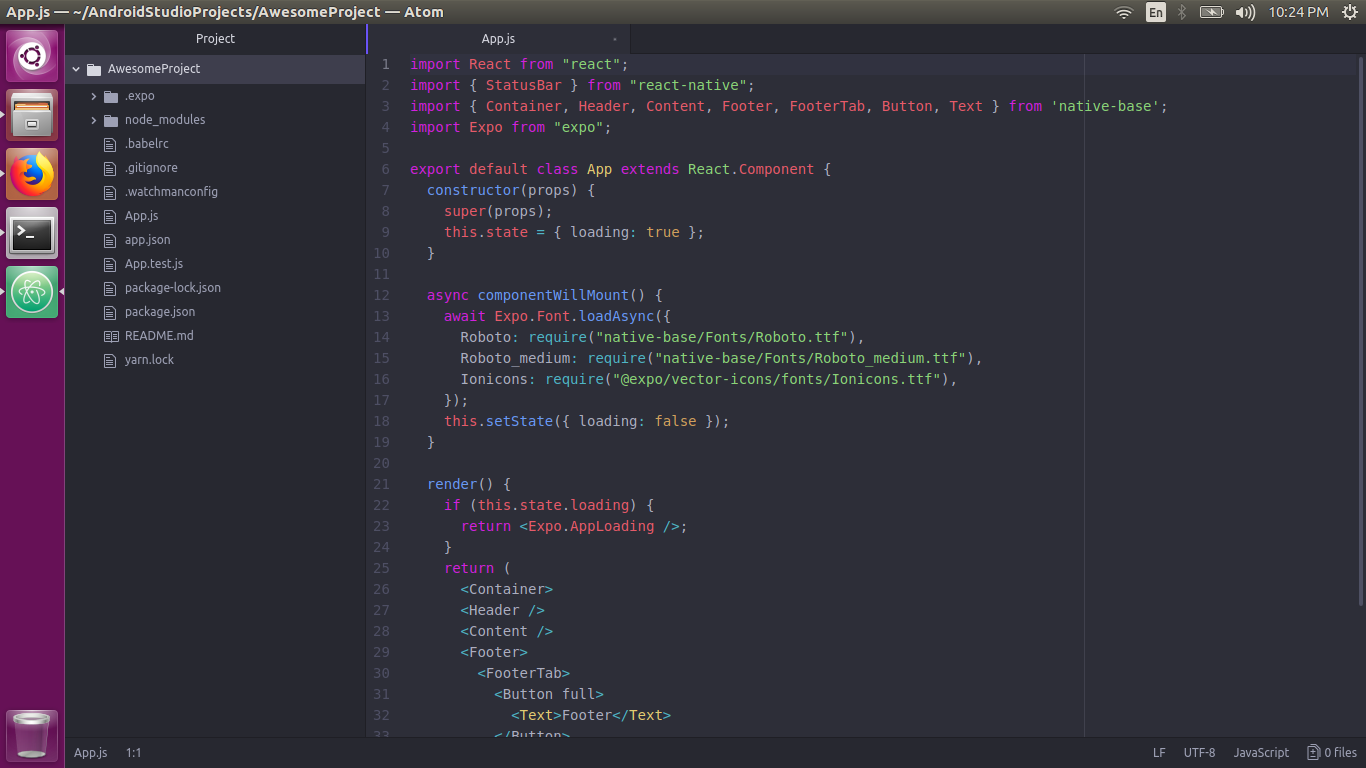 ATOM IDE is a set of optional packages (You can find them here) to bring IDE like functionality to ATOM and improve language integrations.

Let’s see how to install a package in ATOM.

In order to install a new package, you can use the Install tab in the now familiar Settings View. Open up the Settings View using Ctrl+, click on the “Install” tab and type your search query into the box under Install Packages. 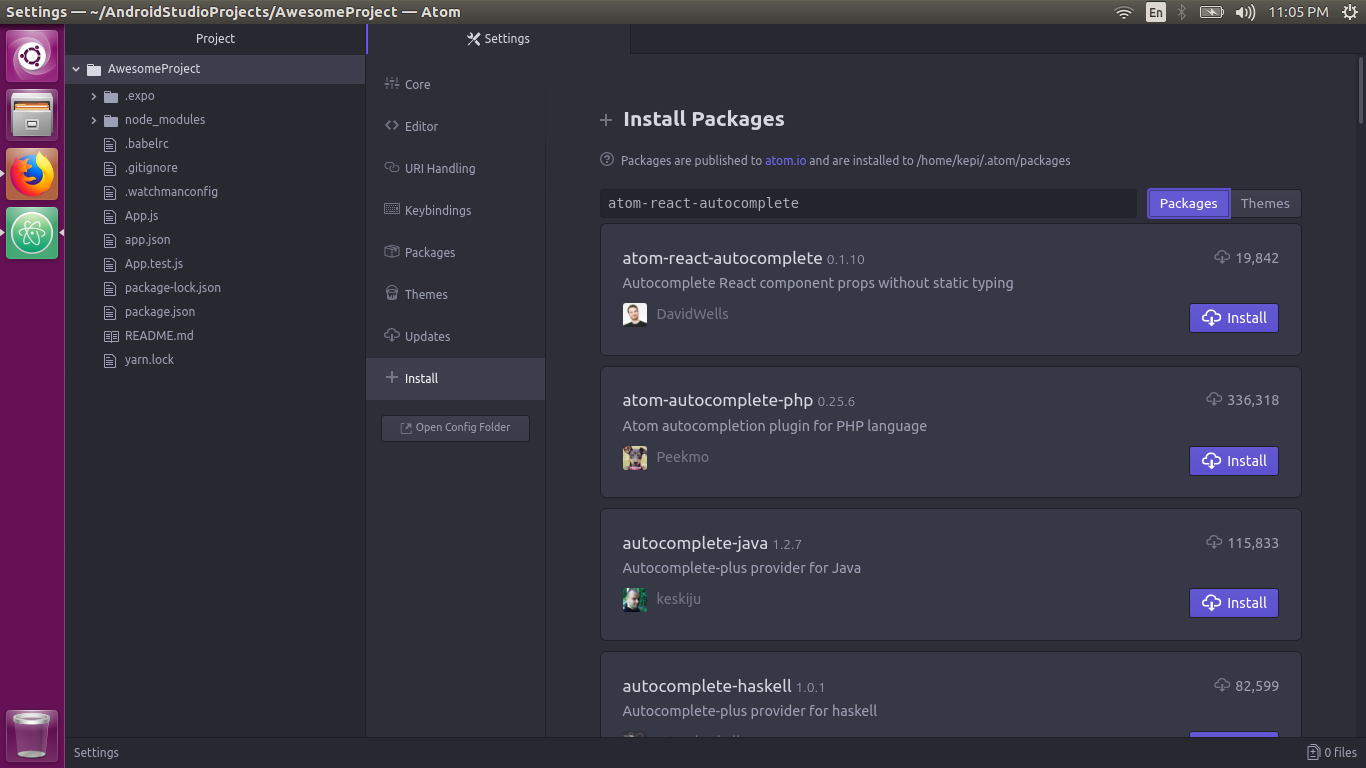 All of the packages will come up with an “Install” button. Clicking that will download the package and install it. Your editor will now have the functionality that the package provides.

Once a package is installed in Atom, it will show up in the Settings View under the “Packages” tab, along with all the preinstalled packages that come with Atom. To filter the list in order to find one, you can type into search box directly under the “Installed Packages” heading. 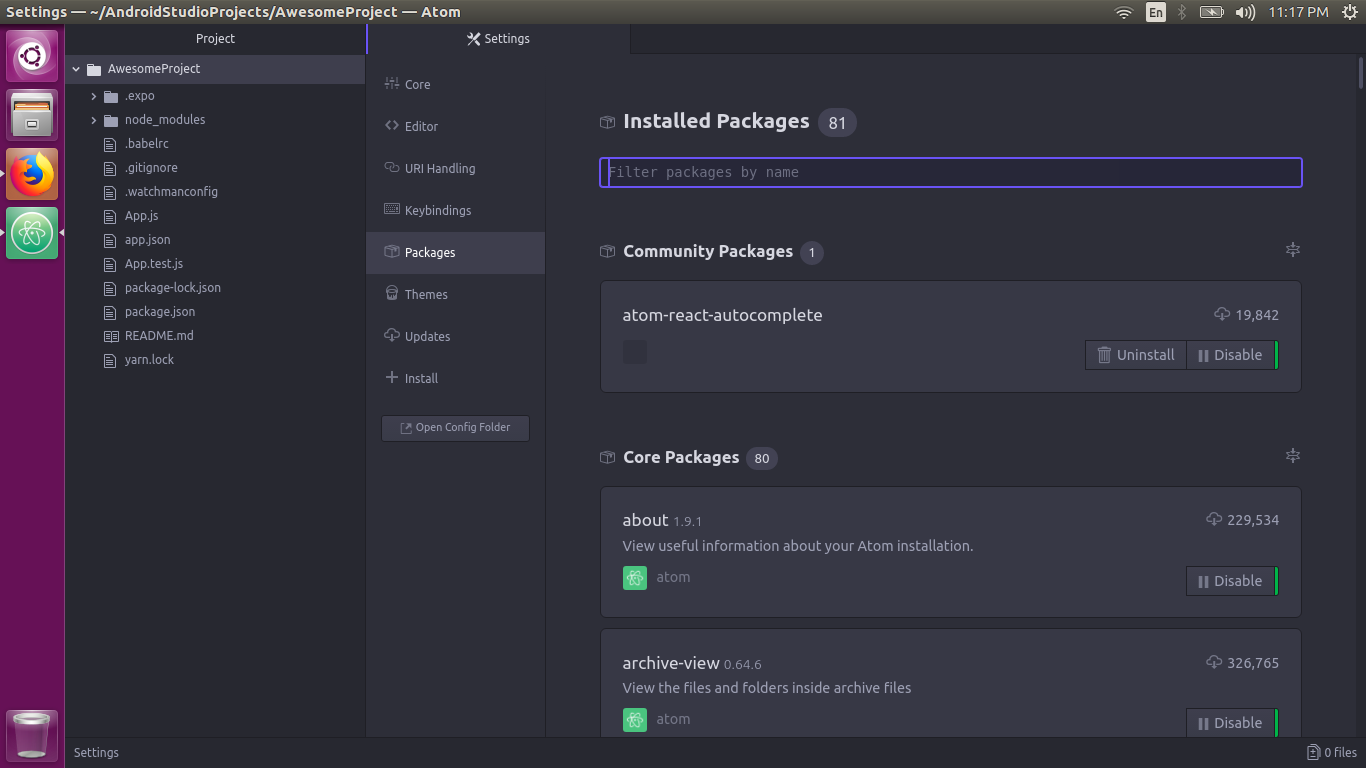 Clicking on the “Settings” button for a package will give you the settings screen for that package specifically. Here you have the option of changing some of the default variables for the package, seeing what all the command keybindings are, disabling the package temporarily, looking at the source code, seeing the current version of the package, reporting issues and uninstalling the package.

If a new version of any of your packages is released, Atom will automatically detect it and you can upgrade the package from either this screen or from the “Updates” tab. This helps you easily keep all your installed packages up to date.

You can also install packages or themes from the command line using apm(atom package manager).

Check that you have apm installed by running the following command in your terminal:

You can also install packages by using the apm install command:

You can also use apm to find new packages to install. If you run apm search, you can search the package registry for a search term.

You can use apm view to see more information about a specific package.

You can search and install as many packages as you can but here are the must-have packages which will help you a lot:

Nuclide is a plugin of Atom text editor, made by Facebook. It is very useful to develop React Native apps. (Update on Feb 26, 2018: Nuclide dropped the support of debugging Node.js and React Native in June 2017 and brought it back in early 2018.)

Nuclide has built-in support for the React Native framework. It is a very useful ATOM package with features like Built-in Debugging and Remote Development.

To install nuclide you can search for nuclide in the packages and can install or can run the following command to install view command line.

After the successful installation, you can see nuclide in the Atom’s menubar.

It will open a terminal below which will show all your console.log and other logs.

We will see the further installations and the usefulness of all this stuff in the upcoming post. If you have any doubt about the topic you can comment below or contact us here.