In this example, You will see how to generate the popup menu from the header or from anywhere. So let’s get started.

To switch between the screens and to make a navigation header we need to add react navigation in our application.

1. To use Menu, { MenuItem, MenuDivider } you need to install react-native-material-menu

To start with this Example you need to create a directory like below screenshot:

App.js will have our Stack Navigator which is like an index file of our application. FirstPage.js and SecondPage.js will be the first and second screen of the application. We will use CustomMenu.js and CustomMenuIcon.js as custom popup menu components.

Open CustomMenu.js in any code editor and replace the code with the following code.

Open CustomMenuIcon.js in any code editor and replace the code with the following code. 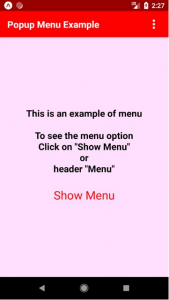 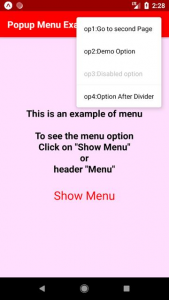 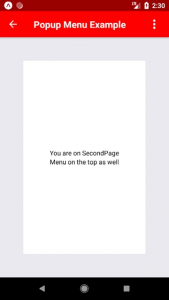 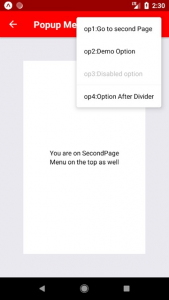 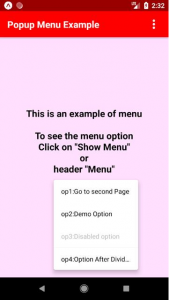 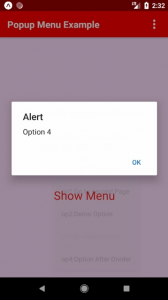 That was the React Native Popup Menu. If you have any doubt or you want to share something about the topic you can comment below or contact us here. There will be more posts coming soon. Stay tuned!