Here is an Example of Realm Database in React Native. We are hoping you have read our previous post on Local Database in React Native App. A realm is an open-source object database management system, initially for mobile, also available for platforms such as Xamarin or React Native, and others, including desktop applications, and is licensed under the Apache License. We can perform all the CRUD transactions in this database and much faster than the SQLite database. Let’s get started with the Realm.

In this example, we will make a HomeScreen with the option to go to other screens like

We will be having some custom components like Mybutton, Mytext, Mytextinput which will be used in place of react-native Button, Text, and TextInput.

You just have to import the library like this:

and open the database using

Now, whenever you need to make some database call you can use realm to execute the database query

To manage this downgrade and upgrade of node version we have a simple solution and that is to use “n”. It is a very useful tool to manage node.js versions interactively, please visit Manage Different Node.js Versions in a Single Terminal with Ease using n for more info about the n.

We recommend you to use node version 9.8.0 as we have used the same version to create the example.

1. Install realm dependency to use RealM

In this example, we need to install the pods for react-native-gesture-handler and realm.

Here we have done with our installation of the library. If you are still facing the trouble please comment below so that we can help you out from the problem.

We will perform complete CRUD operation in this example. Please create the following project structure and copy the code given below. 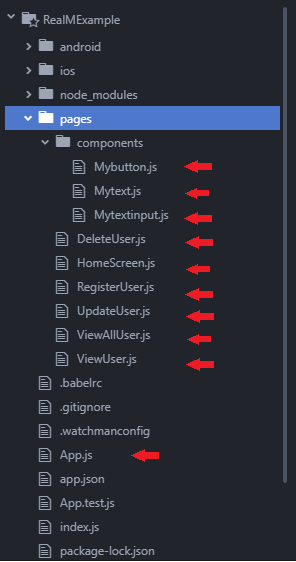 Open the project directory and replace the following code

After running the Application successfully if you want to see the stored data in the device just to check whether database is storing the data proper you can visit How to See Realm Database Data Saved in Device using Android Studio. 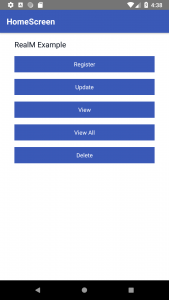 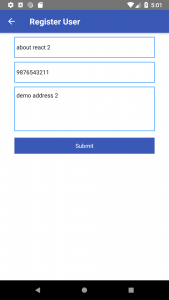 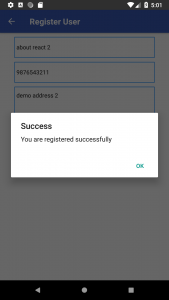 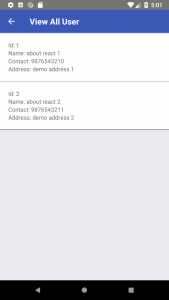 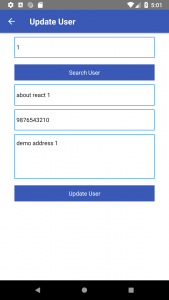 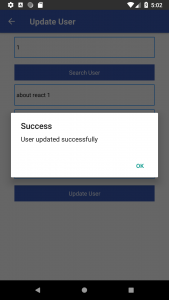 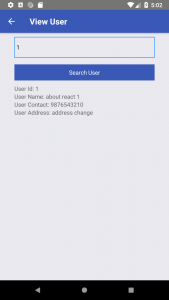 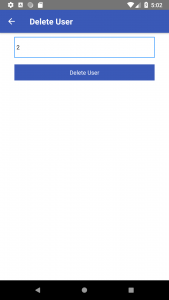 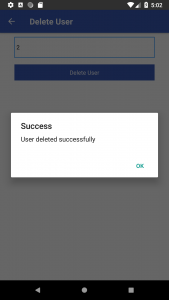 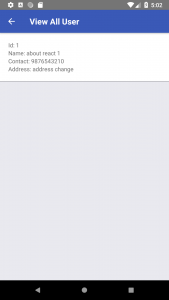 This is how you can use Realm Database in React Native Application. If you have any doubt or you want to share something about the topic you can comment below or contact us here. There will be more posts coming soon. Stay tuned!

28 thoughts on “Example of Realm Database in React Native”