This is an Example to Make 3 Different Type of Pie Chart in React Native. React Native Pie Chart can be made using the library react-native-pie. If you are making an app which has numbers and lots of statics to show then charts are the best way to show that data. Pie Charts are best to use when you are trying to compare different parts of a whole. They do not show changes over time. Here is the Example to make Pie Chart in your React Native App.

If you want to explore more Charts then you can visit 7 Type of Graph using React Native Chart Kit and for Speedometer graph visit visualize data with Speedometer Graph in React Native.

To make a Pie Chart we are going to use a react-native-pie library. It will provide a Pie component which is very easy to integrate. You can see the example below.

In this example, We are going to make a Solid/Filled Pie Chart, Donut Pie Chart, and Gauge Pie Chart. So let’s get started.

1. To use Pie component, you need to install react-native-pie package.

–save is optional, it is just to update the react-navigation dependancy in your package.json file.

3. You will see Project Structure in Left Menu. Click on the Libraries option to expand. 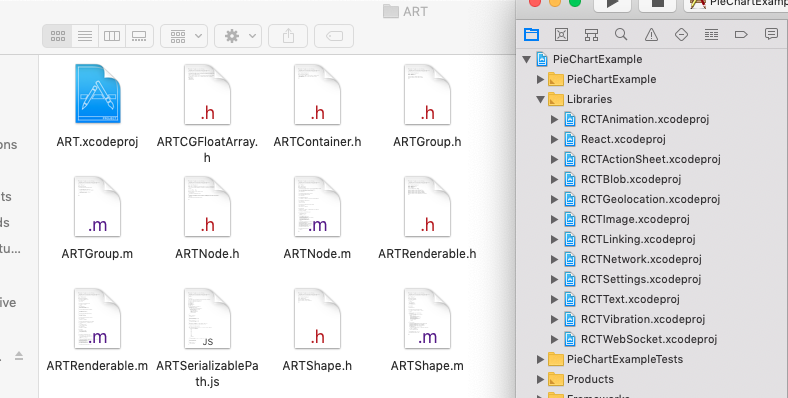 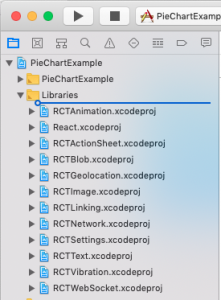 5. Now expand the ART.xcodeproj and navigate to Products. You will see libART.a. Click on the Project in the left sidebar (PieChartExample in this case), now find Build Phase tab in the workspace area where you can see Link Binary With Libraries. (Please make note that  you have selected the Project and then opening the Build Phase) 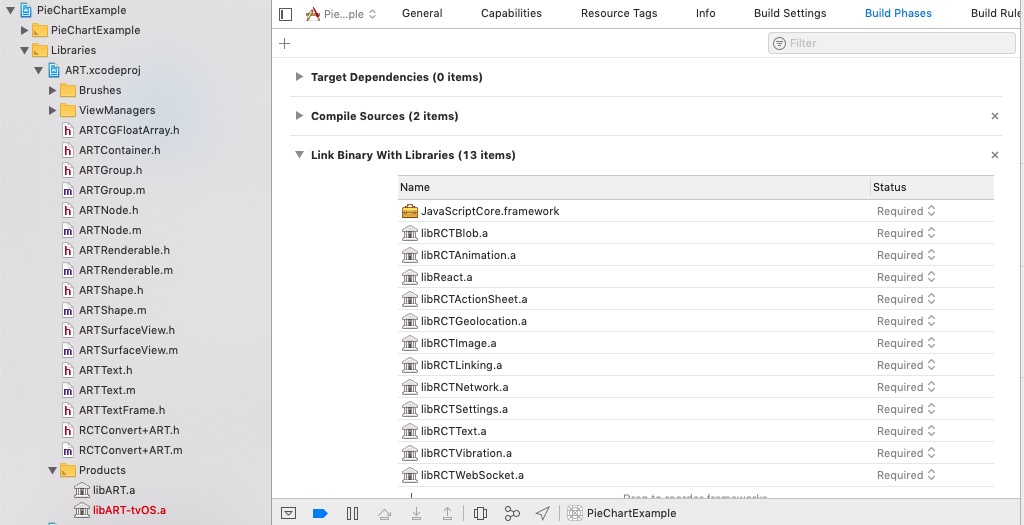 6. Now drag the libART.a file into the Link Binary With Libraries. 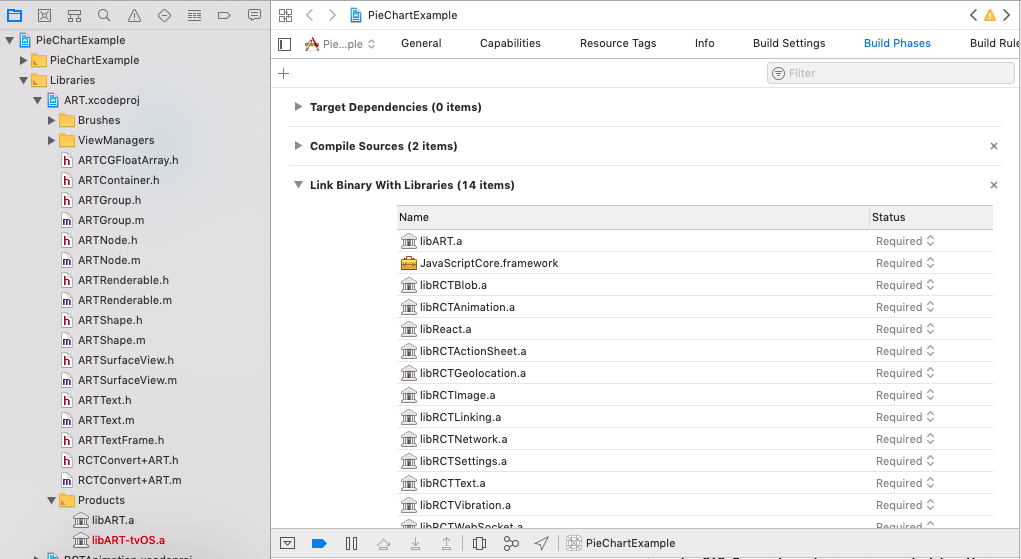 That’s it! Now we are ready to proceed for the next step. 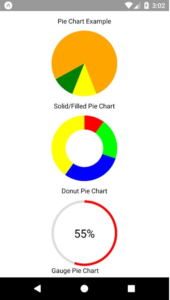 That was the React Native Pie Chart. If you have any doubt or you want to share something about the topic you can comment below or contact us here. There will be more posts coming soon. Stay tuned!