Here is an Example to Print HTML as a Document from React Native App for Android and iOS. In this example, we will see how to print HTML as a document, make pdf from HTML and print remote PDF from URL. This example is the updated version of our previous Example to Make PDF in React Native from HTML Text. Print HTML as Document means to print any HTML from our React Native application as a PDF document. We can also save the same HTML as PDF and can also print the remote PDF document. Weare using RNPrint component provided from react-native-print to trigger the default print option of the device and will use RNHTMLtoPDF component provided by react-native-html-to-pdf to make pdf from HTML. In this example, you will see two extra option available for the iOS which are to choose the printer and silent print (Direct printing in the background). So let’s get started with the print HTML as a document example.

1. For the printing option, we will use RNPrint component and for that install react-native-print dependency using

2. To make PDF we will use RNHTMLtoPDF component and for that install react-native-html-to-pdf dependency using

Addition of MultiDexEnable for Android

To handle Execution failed for task ‘:app:transformDexArchiveWithExternalLibsDexMergerForDebug’ errorin Android we have to enable multiDex. To enable the multidex open Yourproject -> android -> app -> build.gradle and search for defaultConfig and dependencies and add the following lines

For more about multiDex you can visit Enable multidex for apps with over 64K methods This is it. 🙂 Now we are ready to go to the code section.

Code to Print HTML as a Document 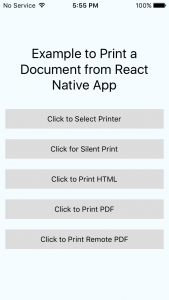 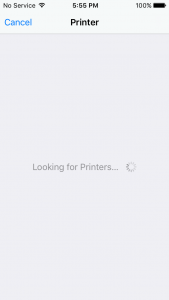 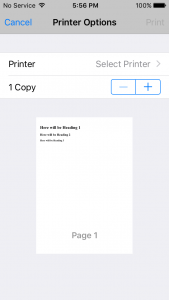 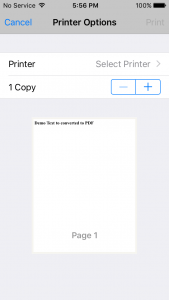 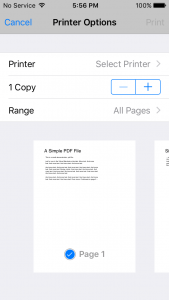 This is how you can print HTML as a document from React Native app for Android and iOS. If you have any doubt or you want to share something about the topic you can comment below or contact us here. There will be more posts coming soon. Stay tuned! Hope you liked it. 🙂