Here is an Example to Make PDF in React Native from HTML Text. In this example, we will create a PDF file from the HTML text after the click of a button in our App. To complete this task we will use react-native-html-to-pdf library. So let’s get started.

You can also visit Print HTML as a Document from React Native App for Android and iOS.

To use RNHTMLtoPDF we need to install react-native-html-to-pdf package. To install this

We are accessing external storage so we need to add some permission in AndroidManifest.xml file.

We are going to add the following permissions in the AndroidMnifest.xml

For more about the permission, you can see this post.

Addition of MultiDexEnable for Android

To enable the multidex which is required by HTML to PDF converter library open Yourproject -> android -> app -> build.gradle and search for defaultConfig which comes under android and add

This is it. 🙂 Now we are ready to go to the code section.

Code to Make PDF in React Native from HTML Text

Open the terminal again and jump into your project using.To run the project on an Android Virtual Device or on real debugging deviceor on the iOS Simulator by running
Here are the Screenshots of the application.

Asking for permission while opening the app for the first time. 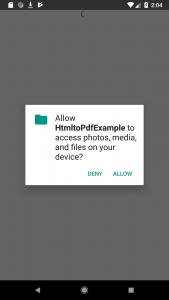 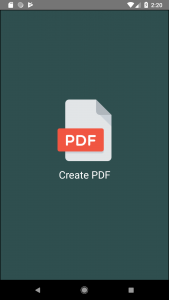 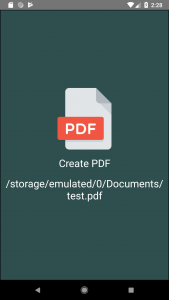 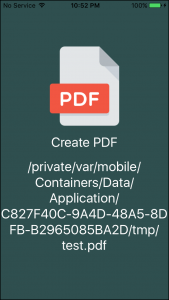 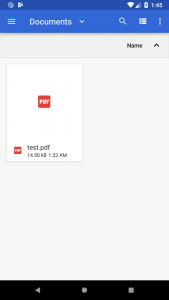 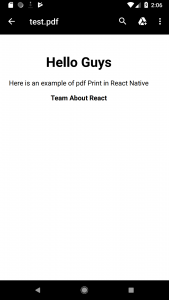 This is how you can make PDF from your React Native Application. If you have any doubt or you want to share something about the topic you can comment below or contact us here. There will be more posts coming soon. Stay tuned!