In this post, you will see the React Native SafeAreaView for Safe Area Boundaries. According to the definition, a SafeAreaView renders nested content and automatically applies paddings to reflect the portion of the view that is not covered by navigation bars, tab bars, toolbars, and other ancestor views.

In simple words, it is the area where you don’t have to draw your imagination and have to keep it safe for native use. 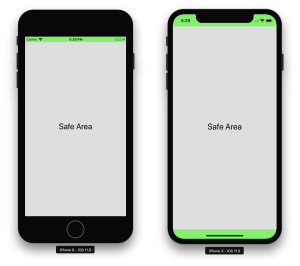 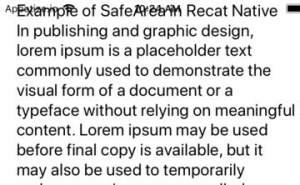 I can not be sure about the Android Emulator or iOS simulator as they can show it differently but yeah when you test the app on the real devices then you will see most of the devices will have no problem other than the notch devices like iOS 11. So for that either we can give the top padding of can use SafeAreaView which will do all these things for us. SafeAreaView will create a proper space and save the content overriding from the safe area.

To Import SafeAreaView in the Code

Simply wrap your top-level view with a SafeAreaView with flex: 1 style applied to it. Do remember to provide top-level layout style to the view under SafeAreaView, not the SafeAreaView.

That was the React Native SafeAreaView for safe area boundaries. If you have any doubts or you want to share something about the topic you can comment below or contact us here. The remaining components will be covered in the next article. Stay tuned!