This example is sort of extension of our previous post of Webview Example in which we have loaded the HTML page from URL. Here is the example of how to Show Progress bar While Loading WebView. As it is the import topic to cover so we decided to cover it separately.

In this example, we will show the ActivityIndicator while the webpage is loading this will help the user to understand that application is doing some task. If we do not apply the progress bar and web page took some extra time to load then the user will be confused that the application is not working so we suggest you use Progress Bar if you are using WebView to load the webpage.

To Import WebView in code

To use WebView you need to install react-native-webview dependency. To install this dependency open the terminal and jump into your project

This command will copy the dependency into your node_module directory. –save is optional, it is just to update dependency in your package.json file. 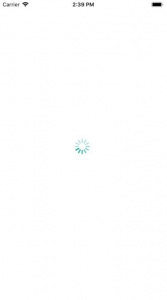 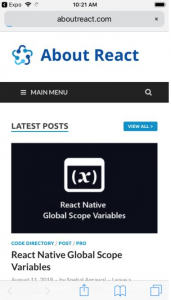 This is how you can show the progress bar while loading webview. If you have any doubt or you want to share something about the topic you can comment below or contact us here. There will be more posts coming soon. Stay tuned!