In this post, you will see the React Native View – Most Basic Component For Building a UI. A view is a container which is used to hold multiple components. Views are designed to be used with StyleSheet for clarity and performance, inline styles are also supported like CSS. Whenever you have more than two components in your class (Which is your own component) you need to enclose them inside <View></View>

To Import View in the Code 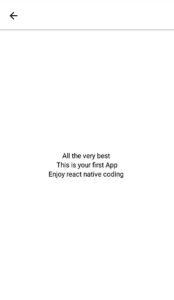 That was the React Native View. If you have any doubts or you want to share something about the topic you can comment below or contact us here. The remaining components will be covered in the next article. Stay tuned!