Keystore is basically a place where the private keys for your app are kept. In simple words its a certificate generated by the user or a program, used for signing an Android  app.

Type of Keystores in Android

In Android there are two types of keystores:

We will see how to generate both API key but first of all the question is why we need two Keystores?

As we all know SHA1 is the unique signature that depends upon the Keystore and Debug Keystore is unique for each system and it is automatically maintained by the Android SDK. So according to that if we sign a Release APK with the debug Keystore we have to update the same application with the same Keystore in the future which is easy if you are working on the same machine for the lifetime but it is not practically possible. In this scenario, we will get stuck if we have to change the machine so to remove this problem we generate a Release Keystore (.jks) for each App that is transportable and we can update our application from the other machine too by using this Release Keystore.

There are two ways to get the Debug Keystore SHA1 which are using the CLI or by using Android Studio. Let’s see both ways:

You can find many ways on the internet to get the SHA1 fingerprint for Android but here we are going to see specifically for React Native.

Command recommended to get SHA1 fingerprint for React Native 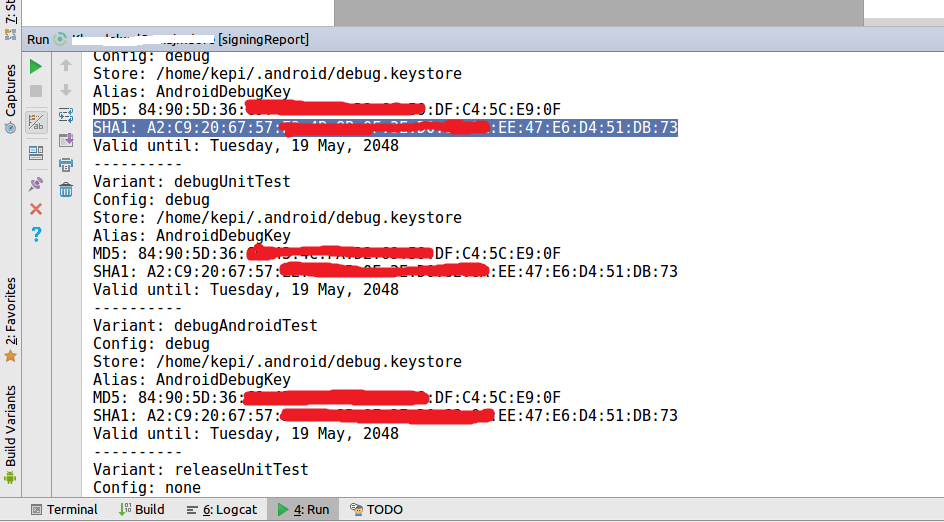 To get the Release key CLI is the only best option we found till now.

– Change the directory to the JDK bin directory. The path of the JDK depends upon the operating system you are using.

– Now we have to run the following command using the keytool.exe file in JDK/bin

It will prompt for a password. Enter the password, you will get the SHA1 and MD5 fingerprint.

I hope this post will help you to get SHA1 Fingerprint for Google API Console.

Please check out our other posts to learn React Native.

13 thoughts on “Getting SHA1 Fingerprint for Google API Console”