This is an Example of React Native Enable Disable TextInput Programmatically. In this Example, we will make a TextInput Enable/Disable on a click of a button. This type of task can be used while making any form which has interdependent fields like F1 needs to be filed before F2, so in that case, you can disable F2 until the user fill the field F1. We will use editable prop of the TextInput to make it Enable or Disable. So Let’s get started. 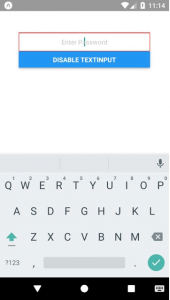 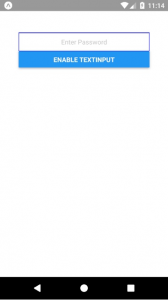 This is how you can enable or disable a TextInput. If you have any doubt or you want to share something about the topic you can comment below or contact us here. There will be more posts coming soon. Stay tuned!