To Get Current Time in 12 hours Format

To use moment you need to install moment dependency. 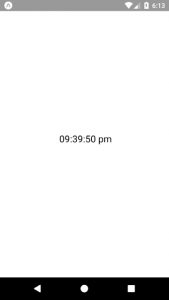 This is how you can get the current time in 12 hours format(in AM/PM format). If you have any doubt or you want to share something about the topic you can comment below or contact us here. There will be more posts coming soon. Stay tuned!