To Import the Component

To Restart or Reset the Current Screen

In this example, we are going to make a single screen with a setInterval which will update the counter in every second. We will have a button below the counter and on the press of the button, we will refresh the screen.

Now let’s get started with the example.

In this example we need to install the pods for react-native-restart. 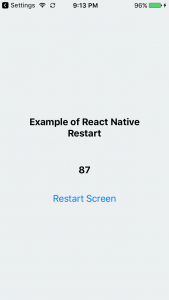 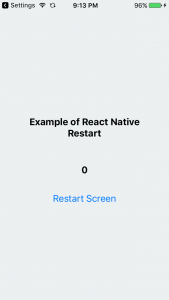 This is How to Restart/Reset Current Screen in React Native Without Mounting it Again. If you have any doubt or you want to share something about the topic you can comment below or contact us here. There will be more posts coming soon. Stay tuned!