React Native Start Stop Device Vibration includes the way you can start and start the vibration on a button click. you can vibrate the device when you want to give feedback on any action performed by the user. For example, if you use any keyboard you can generate small vibration so that user come to know that some action was performed.

We will use Vibration component to vibrate the Device. It is one of the basic components provided by the React native.

Note: We will suggest running this example in the real device as you can’t feel the vibration in Virtual Devices.

In this example, We will start and stop vibration on a button click. So let’s get started. 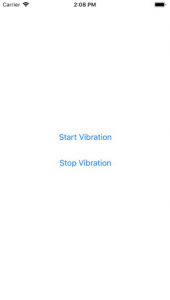 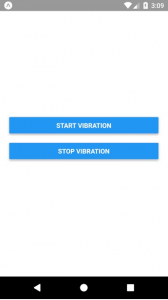 That was the React Native Vibration component. If you have any doubt or you want to share something about the topic you can comment below or contact us here. The remaining components will be covered in the next article. Stay tuned!