Here is an Example to Take Screenshot Programmatically in React Native. To take Screenshot of your screen we have an inbuilt Screenshot option provided by mobile manufacturers but you can also make this in your own Application too. To take a Screenshot we will use a very good library called react-native-view-shot. Which provides captureScreen API which is very easy to use.

To use captureScreen we need to install react-native-view-shot package.

–save is optional, it is just to update the react-native-view-shot dependancy in your package.json file. 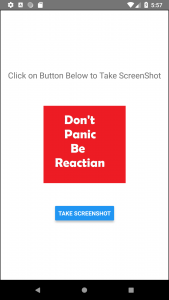 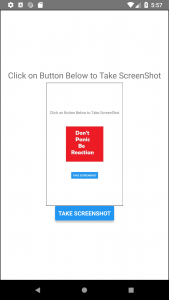 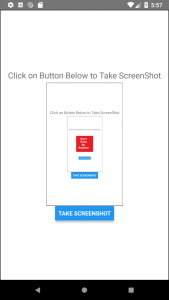 This is how you can take screenshot programmatically. If you have any doubt or you want to share something about the topic you can comment below or contact us here. There will be more posts coming soon. Stay tuned!