A Barcode was the first to come in market to store small numbers and representation of the information is 1 dimension. 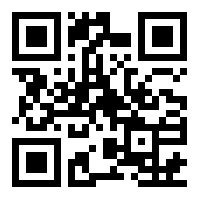 If you are making an app which needs to share small code/data/URL between users in physical presence then the QR Code is the cool thing to integrate into your App.

If the scanned data will be a URL then we will show an additional button to open the URL in default browser using React Native Linking Component. So let’s get started.

To make the Barcode and QR Code scanner we are going to use CameraKitCameraScreen component from react-native-camera-kit library. To install this library open the terminal and jump into your project

This command will copy all the dependencies into your node_module directory. –save is optional, it is just to update the react-native-camera-kit dependency in your package.json file.

Permission to use the Camera for Android

We are using a Native API Camera to scan the Barcode and QR code so we need to add permission to the AndroidManifest.xml file to access it.

For more about the permission, you can see this post.

Permission to use the Camera for iOS

Please follow the below steps to add the permission in iOS project to use the camera.

1. After opening the project in Xcode click on the project from the left sidebar and you will see multiple options in the workspace.

2. Select info tab which is info.plist

3. Click on the plus button to add a permission key “Privacy-Camera Usage Description” and a value which will be visible when permission dialog pops up.

We have used this website to generate the QR Code.

This is how you can make a Barcode and QR Code Scanner using Camera in React Native. If you have any doubt or you want to share something about the topic you can comment below or contact us here. There will be more posts coming soon. Stay tuned!